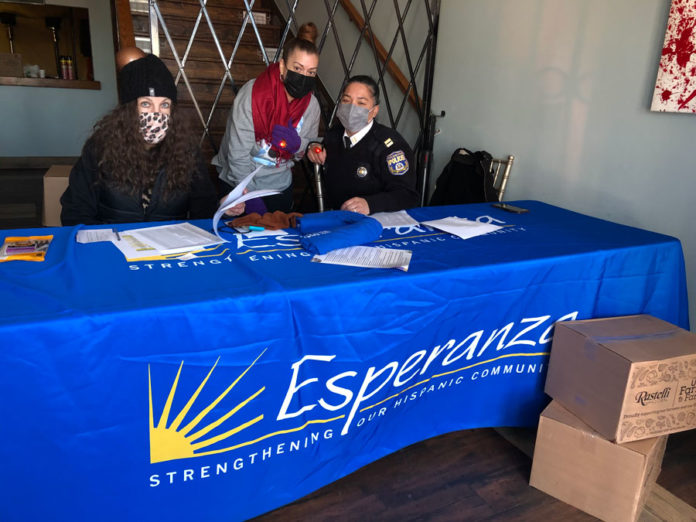 During the earliest days of the Covid-19 pandemic, the city of Philadelphia and major partners recognized the urgent need to provide sources of emergency relief to residents, including more locations for distribution of food to struggling families. Many factors have contributed to the sharp rise in food insecurity, including the massive numbers of layoffs due to business closures, as well as children no longer attending school, where many regularly received free or reduced-cost breakfast and lunch.

By April, only one month into the pandemic, the Philadelphia Inquirer reported that 72,000 boxes of food had been distributed to families across the city; by June, Philadelphia was following national trends seeing an alarming spike in food insecurity.  At the height of the Great Recession in 2009, food insecurity rates across the country hovered around 16%, representing 50 million Americans. COVID-19 has pushed that number closer to 22%, including in Philadelphia and surrounding counties. Ten years of recovery from the Recession have been wiped out in a few short months. Sources also report that around 40% of people accessing emergency food during this crisis are new to food banks and have never had to rely on these types of support before.

As conditions do not improve after a year, and we have months left until the economy and schools can fully reopen, new partners have stepped up to the challenge, with the recognition that it will take all of us –government, nonprofits, churches, and corporations– to create a strong enough safety net for our neighbors during this time.  One of these partners, US Foods, is returning to the Hunting Park neighborhood again on Saturday, February 20th, following a successful distribution of food to 300 families on January 30th, 2021. US Foods will once again target people laid off from the restaurant industry, one of the hardest-hit sectors of the economy.